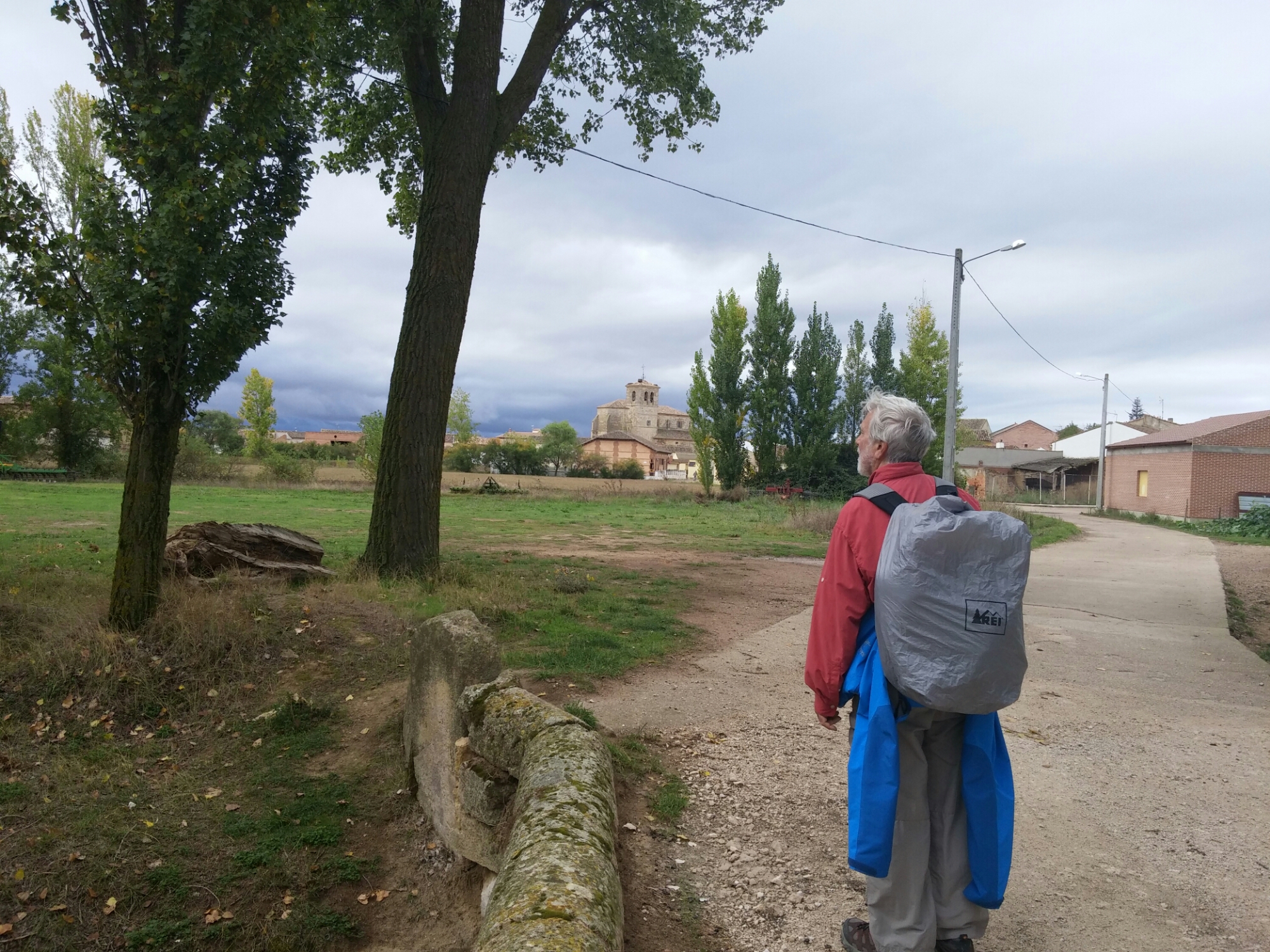 Wynette. Lynn asked about the rain. She and her husband Michael are planning to walk the Camino so they are particularly interested.

We’ve only needed to wear our rain gear four or five days so far. That’s out of 28 days of walking. Usually when we are wearing the gear it is not actually raining, just threatening. In above photo, Charlie has his pack cover on, but rain coat only at the ready. Rain is usually light sprinkles and very off and on, more off than on. The exception: we’ve been in two drenching downpours. The first one, about a week ago, lasted only 5 or 10 minutes. We were lucky that day to get to our albergue when we did because rain was worse later. Then a few days ago we were in a downpour that lasted about 30 minutes. Plus wind.

We’ve heard exactly one clap of thunder. Someone told us that night that the force of the lightening from that one knocked a pilgrim off his feet but he wasn’t hurt.

We’ve felt lucky. Rain is often forecast that doesn’t materialize. (Charlie said we have the New Mexico rain jinx.) We’re not sure if this is typical weather for this time of year. There’s rain in forecast for next few days (100% chance) and someone mentioned they heard the word downpour mentioned in forecast for this Thursday.