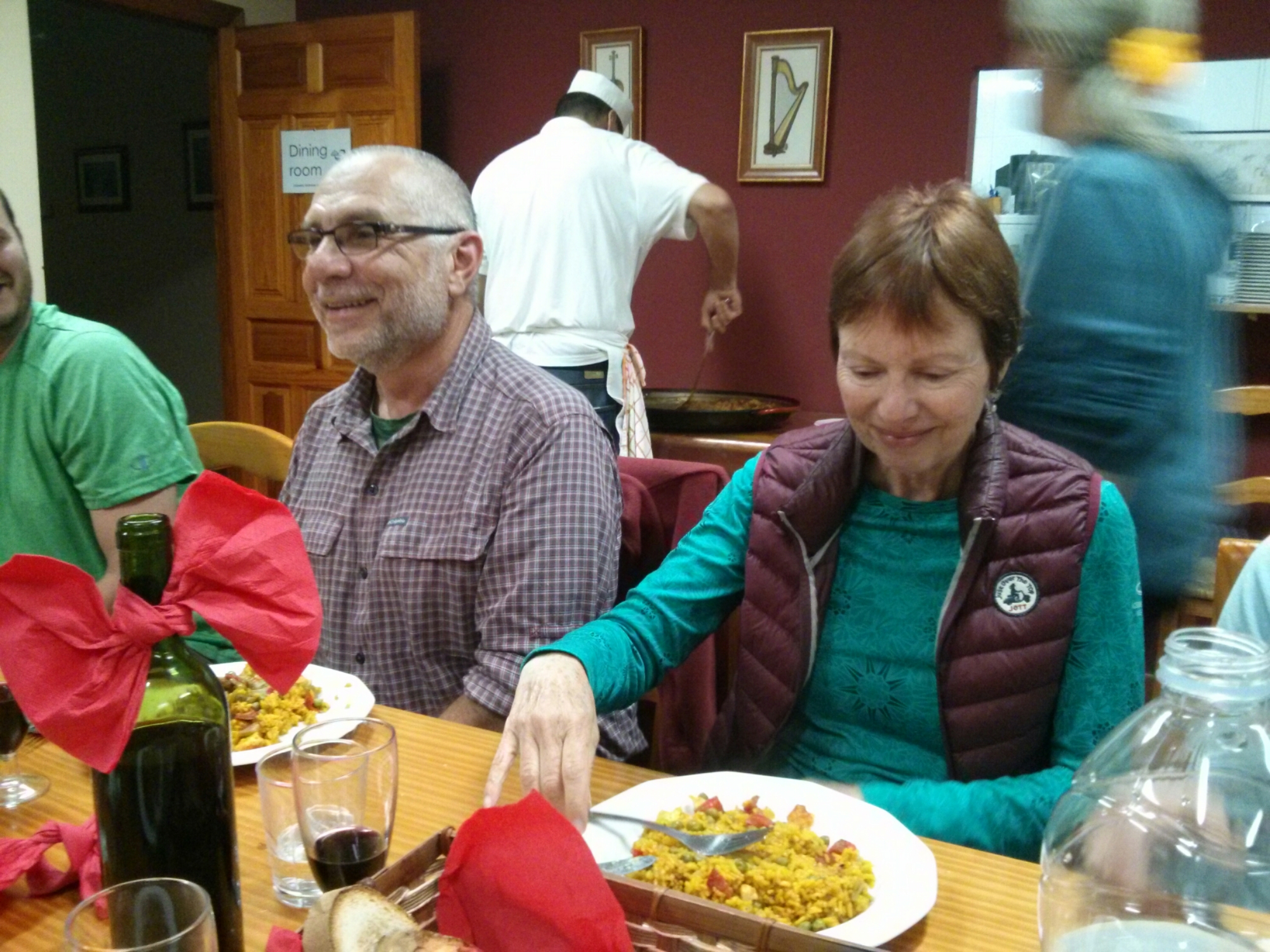 Wynette. We still see a wide range of nationalities. The dramatic difference is we’ve met a lot more American pilgrims. We checked the September 2014 statistics and we US pilgrims have more than doubled since September 2013. Probably an even bigger increase since April 2013 when we were here before. Last night we stayed at a terrific albergue that served a vegetarian dinner. There were 11 pilgrims at one big table. All of us spoke English natively. Two were from Australia (in photo above), one was from Canada, and the rest of us were from the US. The Camino has been well known in Europe many years and now that’s starting to happen in the US.

We also met more Spanish pilgrims in the first weeks. Last time we hardly met any the first 680 kilometers. Many Spanish people do the Camino but I think that up till recently the vast majority did only the last 100 kilometers which is what is required to get a Compostela certificate in Santiago.